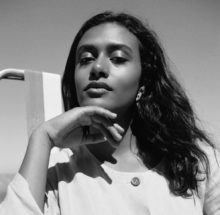 Four sunsets, four dinners, four concerts on board one of the boats that sail the Ría de Arousa. Music and gastronomy, with Paco & Lola Albariño as your host, join us and be part of the soundtrack to this summer.

It is quite incredible that someone recorded a first album with only 19 years and present this level of compositional imagination, depth in their lyrics and ability to interpret. But it is that almost nothing in the life of Marem Ladson is very normal. His precocious talent, his security on stage, the maturity with which he controls every aspect of his career immediately.