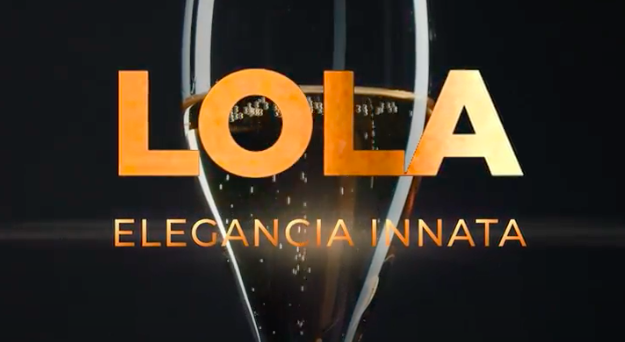 A Galician sparkling wine made with Albariño grapes according to the traditional method. A unique Brut with 24 months of aging in rhyme and only 8282 bottles released.  A product that emerges from the roots of the  Rias Baixas vineyards.

The aging on its lees is evidenced in a pleasant memory of marzipan, fine pastries and a mineral background. In the mouth a fine bubble carbonic is perceived, very well integrated and creamy . It’s fresh and well balanced highlighting the citrus and floral notes. It brings back memories of apple and peach with a hint of fresh grass and a mineral and saline end.

Perfect for any special occasion!!

“Innate elegance” is the claim of the spot  with which we have presented LOLA. With this launch we are committed to the concepts of tradition and avant-garde linked to fashion and music . In it Xurxo Fernandes delights us with his movements wearing a suit designed for the occasion . Ërica Oubiña and Inti Nuñez , directors of ÏK Studio have designed the costumes inspired by the LOLA bottle reinterpreting the traditional Galician costume with contemporary  touches.

The song we chose is Midas from The Tanxugueiras band, a fundamental part and common thread of the project , a song that joins Galician traditional music and urban , modern sounds . The shooting took place in the Teatro Principal of Santiago de Compostela located in the heart of Compostela’s old town and a cultural reference venue in the Galician capital.

Lola is launched with strength under the slogan “Innate elegance” , an elegance free of stereotypes and prejudices.

And the thing is that LOLA , is whoever she wants to be.

LOLA has an innate elegance. Undeniable. The elegance of a product made with Albariño grapes, following a strict production process which is seen in the mirror of tradiction.